Spain is back says JP Morgan. JPMorgan: Spain to grow 1 pct in 2014

Spain is back
 Strong PMI and economic sentiment surveys point to a robust buildup of momentum
 We raise our GDP forecast for 2014 to 1%oya, even in the presence of tight financing conditions
 Export performance, substantial cost adjustment, and a lower fiscal drag to support the recovery in 2014
 Progress in private deleveraging bodes well for a stabilization of domestic demand

The European Commission’s economic sentiment indicator—a broad measure of sentiment covering manufacturing, services, construction, retail, and households— soared in December, confirming a pattern over recent months whereby sentiment in Spain has been higher
than sentiment in France. Not many people were expecting that, although this has also been a result of the poor French performance.

The report, issued to clients, said the country’s situation has improved sufficiently in recent months to enable it to grow at an acceptable clip this year.

JP Morgan had previously forecast an increase in Spain’s gross domestic product of 0.7 percent in 2014.

In the report, titled “Spain Is Back,” the investment bank said the economy had made “significant progress since mid-2013” and noted that GDP data for last year’s third quarter showed a strong recovery in domestic demand.

It also cited progress in the vast majority of economic sentiment indicators, particularly in the services sector.

JPMorgan said it expected 2014 to bring continued strong growth in exports, which accounted for 33 percent of Spain’s GDP in 2013, up from 17 percent of GDP in 2007. This growth, the investment bank said, will be driven by increased competiveness stemming from Spain’s internal devaluation process, especially labor-cost reductions.

It acknowledged, however, that that process has not been painless because it has been accompanied by a drop in salaries and a large increase in the number of unemployed.

The Spanish government’s latest quarterly survey of the workforce, from the July-September period, showed 5.9 million people out of work, equivalent to a jobless rate of 25.9 percent.

The report said Spain’s banks were “well capitalized” and have improved their liquidity situation, although they still must make provisions to cover bad loans and clean up their balance sheets.

But JPMorgan does not expect significant improvement in financing conditions for businesses and households this year.

Despite the lack of lending, consumer-spending data for the third quarter of last year was “encouraging” and the return of the annual Christmas bonus for public employees in 2013 (the 2012 bonus was taken away as part of an austerity drive aimed at lowering a high budget deficit) will have an economic impact equivalent to roughly 0.5 percent of GDP.

Although JPMorgan predicts that the problem of weak credit flows and high interest rates charged to companies will persist, it believes Spain’s economy has enough dynamism to grow in 2014 even without a significant improvement in financing conditions.

Spain ended a streak of nine consecutive quarters of contraction in the third quarter of 2013, posting growth of 0.1 percent. 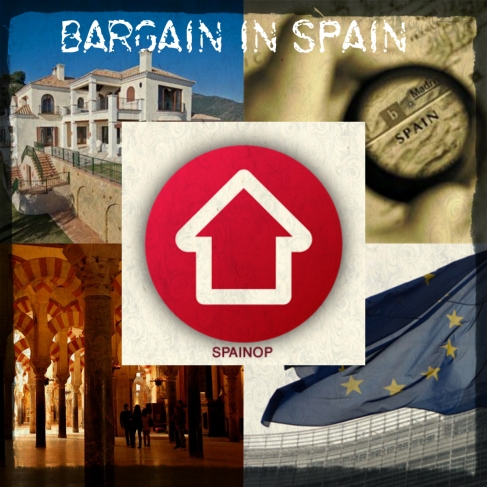 GDP on the right track, surveys signal robust momentum building
After a poor start to 2013, the Spanish economy managed to exit a nine-quarter-long recession in 3Q13. The full GDP report for the third quarter put domestic demand front and center of the improvement, despite still depressed capex in the construction sector. The quarterly contribution from domestic final sales was 1.1%-pt ar. The overall GDP gain was limited to 0.5%q/q ar, due to drags from inventories and net trade.
Within domestic demand, consumer spending rose 1.6%q/q ar and corporate spending on machinery and equipment rose 3.2%q/q ar. The gain in machinery was particularly striking given that it followed a 16.3%q/q ar gain in the second quarter.
This recovery in economic activity was signaled by the broad progress of virtually all high-frequency survey-based indicators starting in 2Q13. The European Commission’s economic sentiment indicator—a broad measure of sentiment covering manufacturing, services, construction, retail, and households— soared in December, confirming a pattern over recent months whereby sentiment in Spain has been higher
than sentiment in France. Not many people were expecting that, although this has also been a result of the poor French performance.

The substantial improvement in economic sentiment in Spain in recent months is all the more
impressive, in our view, given the still very depressed level of sentiment in construction. What this means is that the improvement in sentiment in industry, services, retail, and households has been more pronounced than the overall average.

The PMI surveys further strengthen this message, with the composite PMI output index achieving 53.9 in December—close to the pre-recession average—and strong readings for new orders and the employment components.

Particularly encouraging is the swift recovery in the services sector, which closely reflects domestic demand and which has been trailing the export-led industry cycle until recently.
Exports growth to remain a key driver

The joint dynamics of exports and imports have led to a rapid turnaround in the current account, from a deficit of 10% of GDP 2007 to a surplus of 1.4% in 2013, as forecast by the Commission. Undoubtedly, part of the adjustment is due to the collapse of imports, but the internal devaluation process— a sizable decline in unit labor costs—has played an important role in strengthening Spain’s external competitiveness.

The export performance of the Spanish economy has indeed been remarkable. Export volumes have risen 19% since 2007, moving from 27% of GDP to 33% in 2013, driven by exports to non-Euro area countries. Importantly, the increase in exports has materialized under a relatively stable euro performance vis-á-vis trading partners, which further supports the role of cost adjustment as a major export driver. We expect this trend to persist over 2014.

However, the decline in unit labor costs has not been painless, as it has been driven by a fall in wages as well as a massive rise in the number of unemployed. Given that employment in the construction sector accounted for only 6% of the active labor force in 2013 compared to 13% in 2007, a large degree of labor shedding, especially of less protected temporary workers, was unavoidable. The labor market reform of 2012
has somewhat reduced the level of duality and made it easier to achieve wage flexibility, which, over time, may help the economy to reabsorb part of the unutilized labor force.
Balance sheet repair bodes well for a stabilization of domestic demand The possibility of a stronger contribution from domestic demand is supported not only by the encouraging pickup in capex, but also by the relatively successful deleveraging effort achieved by the private sector.
Regarding banks, Spain has been given the green light by the Troika to exit its bank recapitalization program. Challenges remain, however. Deleveraging will continue for some time and non-performing loans (NPLs)—which lag the economic cycle—will continue to rise until domestic demand stabilizes at a decent level. But banks are judged to be well capitalized and liquidity conditions have sharply improved. In our view, the AQR process will make banks more cautious while they continue to provision and clean up their balance sheets during the review period. This should prevent a significant improvement in financing conditions for the corporate sector over most of 2014, so companies will remain reliant on internal sources of finance. Some comfort can be drawn from the large swing observed in the net financing position of Spanish companies and by stronger profit margins.

The debt overhang legacy of the real estate bubble was most intense in the household sector. Deleveraging has been modest in terms of the adjustment in the stock of debt, as a share of gross disposable income; negative income growth has played havoc. But household deleveraging has been substantial in terms of flows and appears sustainable, especially if job creation resumes over 2014. The growth of private consumption in 3Q13 is encouraging. We think that the reinstatement of the Christmas bonus for public employees this year—in net terms about 0.5% of GDP once accounting for the reduction of personnel in the public sector—is important in supporting purchasing power, together with the stabilization of the unemployment rate and low inflation.

Indeed, consumer confidence has improved quickly over recent months and the draw down of accumulated wealth observed for three running quarters has come to a halt in 2Q13 (the latest available date for the sector flow of funds). Conditions for growth in place, despite tight financing conditions In conclusion, it seems fair to acknowledge the remarkable adjustment achieved by the Spanish economy. In 2014, the economy will also take advantage of the milder fiscal stance allowed by the delay in achieving fiscal targets granted by the
European Commission earlier in May. According to the government, the fiscal drag will be only 0.6% of GDP in 2014 versus 1% in 2013 (the European Commission estimates an even smaller fiscal drag of 0.3%) and the deficit target (5.8% of GDP) looks achievable. However, as mentioned, the drag from weak bank credit and high lending rates to corporates will not fade quickly. But, we believe the available evidence suggests that there is sufficient dynamism in the economy to resume growth even in the absence of a significant improvement in financing conditions.

Posted by Javier Serrano on January 11, 2014 in Uncategorized